He’s a dancer. He is the only male, in an ocean of females, with a particular dance company. His life has been tough and finances are limited. He has incredible talent, and dancing is his passion and dream. When he gets on stage, the raw emotions of his life are incorporated into every moment, and leave me teary-eyed and amazed at the beauty that flows through his body.

Everyone likes Dino – he seldom frowns and is always polite. Despite the heavy burdens he carries, he’s a light – a light that makes you laugh along no matter how bad you might be feeling. His biggest dream is to ‘make it’ as a dancer. After being quietly involved in the dancing community for a few years, and watching more than my fair share of dancing productions and competitions, I can honestly say that it is a dream he is realistically pursuing. The kid has talent, of that there can be no doubt. (Although he’s already an adult, he’s a lot younger than me!) 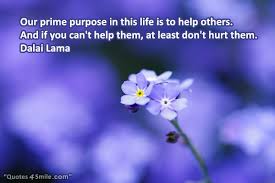 Many have stepped in at various times to try and help supply his needs, but there have also been those who have supplied needs and tried to remove wants with what THEY feel is ‘reality’.

“You’re not as good as ‘Mr X’, so you need to forget your silly dream and move on.”

Words that hurt, and began to eat away at him, and affect his focus and enthusiasm.

Those people had assumed the role of Breakers in his life – although they are well-meaning, and did not intentionally want to hurt or offend him, but perhaps guide him more towards what they felt was ‘reality’, this is sadly what happened. The worst part is that for a moment in his life that he will never get back, Dino’s dream seemed to have been destroyed.

But his teacher stepped in and picked up her role as Builder, and she worked with what she had and gave him a pep talk. The sparkle has returned to his eye, and he has ‘stepped’ things up. I am still convinced that I’ll see him in some great dancing production overseas one day in the near future and be able to say with a smile, “I knew him when…”

A few ago this video went viral and could be seen all over social media. People of New York were asked to write their biggest regret. The results were quite something….and even though the rest of this blog post is a bit of a spoiler, it doesn’t spoil it enough for you to not go and watch it after you’re done reading. (Because it really is worth watching, and if you’re a softy like me, you may need some tissues close by.)

The biggest regrets were the things NOT done; the chances NOT taken, the words NOT spoken, the dreams NEVER pursued.
They drove home the point that everyday is a clean slate – a chance to do things, say things, pursue dreams.
You don’t have to perfect to pursue your dreams. If you have a talent, use it! Hone your skills (Google, courses, people in the know – the possibilities to build on your potential are endless!), stay focused and keep going. Don’t stop believing that you may have a chance.

As I mentioned here – please don’t give up on your dreams for any reason – don’t let the world dictate to you that ‘you are not good enough and never will be’.

And here (the Builders and Breakers post) …. Crawling forward is better than running back – at least if you’re crawling, you’re moving….

And if you meet people along the way who have dreams? Please try and be an encouragement to them – please help them, don’t hurt them!
(And if they really DO suck? There’s always a nice way to let someone down, and steer them in another direction.)